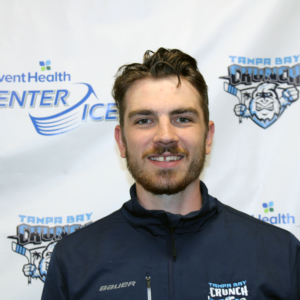 Luke grew up playing most of his hockey career in Florida until moving to New Brunswick, Canada at 18 to play Junior A in the CJHL. Before that he played for theTampa Bay Juniors, and after went on to play NCAA D3 at Anna Maria College in Massachusetts. Luke is now in his 3rd year as a head coach of the Tampa Bay Crunch. 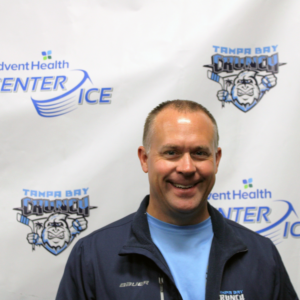 Justin comes to us from Chicago, IL. He has been in the Tampa area for just over a year with his wife Melissa, Daughter Mackenzie, and son Jake. Justin grew up playing club and travel hockey in the Chicagoland area. Upon graduating high school, Justin played for junior hockey teams in Minneapolis, Dubuque, and Bozeman. He was recruited to play division III hockey for Norwich University in Vermont. After completing his first year, he discovered his love for aviation and transferred to Embry-Riddle Aeronautical University. In Daytona Beach where he leard to fly airplanes. He continued to play club hockey for the Eagles. Justin has coached at different levels of youth hockey, most recently Mites for the Northwest Chargers outside of Chicago. Justin is currently a pilot for United Airlines based in Newark, NJ. 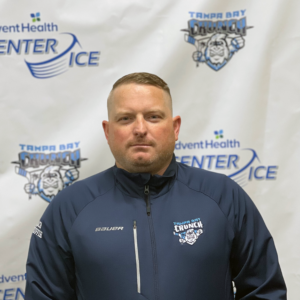 McDuffie was born in Lake Wales, FL but was raised in Tampa, FL. Over the past 28 years McDuffie has had a chance to play/coach with some of the best in the Tampa Bay Area. He has been coaching at AdventHealth Center Ice for the past three years, taking the U14/16 Pucky Charms rec/tournament team to several championships. This will be his third year coaching the U14A Tampa Bay Crunch. 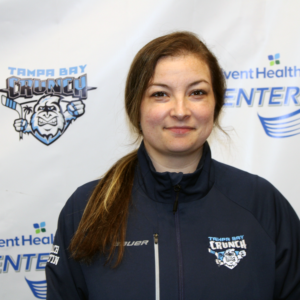 Folch, a level 4 USA hockey certified coach, has over 20 years of hockey experience including prep school hockey at Tilton School in New Hampshire, as well as4 years of NCAA Hockey at The University of Southern Maine. Her strong coaching skills, athletic background and yearsof playing experience has given her the ability to develop players both on-and-off the ice. Folch currently coaches, runs hockey camps and offers private lessons. 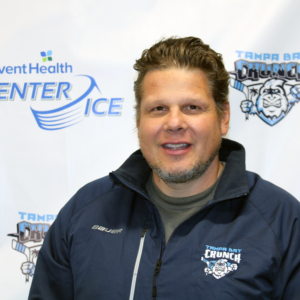 12U A Crunch Blue Head Coach

Coach Stan Neckar was born and raised in Czechoslovakia where he playedmost of his youth hockey. By the time Stan was 17 years old, he was invitedto play for Czechoslovakia U20 World Junior Championship team where he brought home a bronze medal. Shortly after that, Stan was able to bringhis talents to North America to join the NHL. During his tenure within the league, Stan played for the Ottawa Senators, New York Rangers, Phoenix Coyotes, Nashville Predators, and the Tampa Bay Lightning. During his playing career, Neckar won a Bronze at the World Juniors, a World Championship Gold Medal with Czechia, played ten seasons in the NHL and won a Stanley Cup Ring back in 2004. 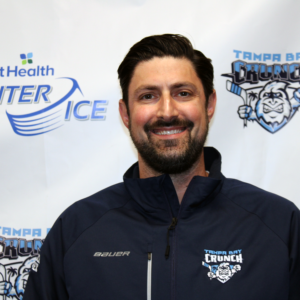 12U A White Head Coach

Alex grew up in the greater Indianapolis area where he played youth and amateur hockey at multiple levels. He’s coached youth hockey in the area for the past seven-plus years after relocating to Florida from Connecticut in 2015 with his wife and two sons. He currently lives in Fish Hawk and is looking forward to joining the Crunch family. 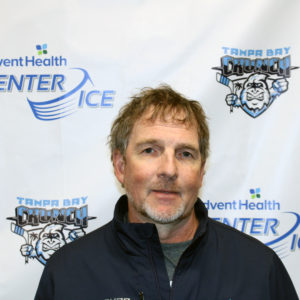 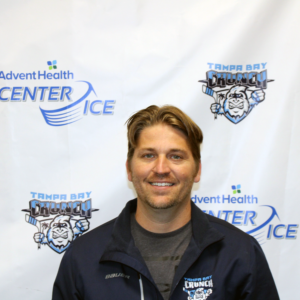 14U A White Head Coach 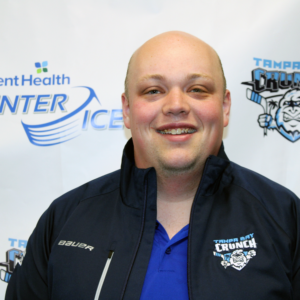 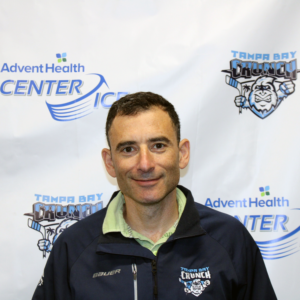 Coach Blatt is a career Army Special Forces Officer who has been playing this great game for over 45 years. This includes a bit in college during his Freshmen year at West Point. He has continued playing, coaching, and even officiating during his 32-year Army experience. As a Green Beret, Coach Darren has seven deployments to Afghanistan, the most recently as the Commander of the Combined Joint Special Operations Task Force – Afghanistan (CJSOTF-A).

Coach Blatt has been married to his wife Suzanne Strulowitz for 21 years and have 3 kids: 17,  15  and 12.  The oldest plays U18 AAA travel at Tahoe Prep and the youngest plays on the U12 Crunch White. His middle child does FFA. Although new to coaching this team with the Crunch, Darren is not new to coaching or the Crunch.

He previously coached the U12 Blue Crunch team that won the state season title. This season he is excited to work with an outstanding group of on-ice coaches. Coach Darren also looks forward to working with a motivated group of individuals on the U15 Crunch White. 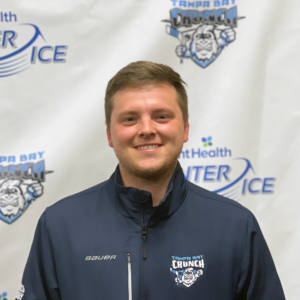 16U A Blue Head Coach

Coach Scoby grew up in the Tampa Bay area, where he played youth hockey at multiple levels; he went on to play in the New England Prep School League. He has coached travel and high school hockey in the area for the past six years. He lives in the Wesley Chapel area with his fiance and dog. John is looking forward to being a part of the Crunch family again. 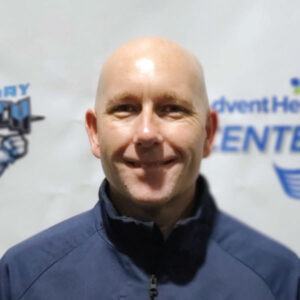 16U A White Head Coach

Karch has been coaching youth hockey for 16-years with a level four certification. He started as an assistant coach when his oldest son started playing hockey in Michigan for the Kensington Valley Hockey Association. They moved to Milwaukee, and Jerry became a travel hockey head coach for the Waukesha Warhawks, where both of his sons played. Karch moved to Tampa in 2014, he was a head coach in the AdventHealth Center Ice rec league for several seasons. Last year he was an assistant coach for the U14A Crunch. In addition, he has been involved with coaching youth baseball and lacrosse. 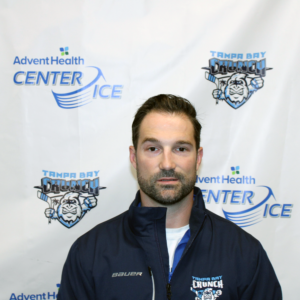 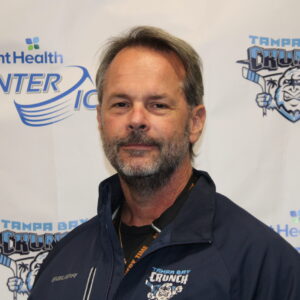 Born in Toronto, Canada, John and his family moved to Milton, Forida in 2005.  He began coaching youth and adult hockey in 2008 while living in Ponte Vedra, Florida.  He is a USA Level 4 Certified Coach as well as a Bronze Level Certified Goalie Coach; John is also the Youth Hockey Director for AHCI.